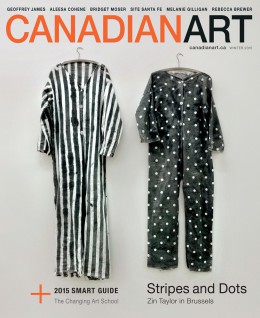 Radical Art: Can It Ever Preach to the Unconverted?

In a June 2012 article in the Observer, curator Ralph Rugoff identified what he considers to be “The 10 best…invisible artworks.” Starting with Jeppe Hein’s Invisible Labyrinth from 2005 and including seminal dematerializations by the likes of Michael Asher, Yves Klein, Ilya and Emilia Kabakov and Robert Barry, the list was essentially a cue for the exhibition “Invisible: Art About the Unseen,” curated by Rugoff for the Hayward Gallery in London that summer. Yet, it struck me then, as it still does now, that there’s something more to take away from this round up of notably absent artworks. It’s a reminder that, despite an overwhelming preoccupation with “optics” in a market-driven, personality-obsessed contemporary art world, visibility isn’t—or shouldn’t be—everything.

That thought gets serious, if varied, consideration in Onsite [at] OCADU’s group exhibition “Getting Rid of Ourselves,” assembled by former Power Plant curator and current Goldsmiths lecturer Helena Reckitt. This is not, per se, a show about invisibility. Rather, as the title suggests, by skirting the dominant economies of contemporary art, the exhibition presents a visible challenge to the mechanical professional demands and social necessities of today’s culture sector. “Rejecting these terms of operations,” Reckitt writes in her accompanying essay, “the artistic practices in Getting Rid of Ourselves in different ways obscure, delegate, distribute or withdraw the conventional signs of authorship and artistic subjectivity.”

What better way to begin then by disappearing all together, which is exactly what anyone can apparently do (for $900) using British artist and irational.org co-founder Heath Bunting’s Off the Shelf Identity (2008). Comprised of a wallet complete with bank cards, government-issued ID and a gym membership, among other personal effects, a rubber signature stamp, mobile phone and keys to a house—all registered in this case in the name of “Tony Smith”—as well as detailed instructions on how to legally assume a British identity, Bunting’s DIY kit exploits and circumvents the weaknesses of a system with an ever-tightening grip on control and surveillance. The result is an invisible network of non-conformity and counter-consciousness, raising questions not only of what and who determines our status and mobility as individuals (Bunting, as it turns out, is banned from entering the US as a result of his “anti-genetic” activism and border-crossing work) but also how we know who is and isn’t what they seem.

Rather than disappear, Slovenian artists Janez Janša, Janez Janša and Janez Janša have taken what Bunting calls “identity mutation” to the other extreme by legally changing their names to that of the Slovenian Prime Minister (a move captured in the trio’s award-winning 2012 documentary My Name is Janez Janša). Their installation Troika (2013), which includes video of the group addressing their namesake as well as their government-issued IDs, membership cards to the PM’s conservative political party, and credit cards depicting the nationalist symbol of Mount Triglav, all displayed on a painted backdrop of the Slovenian flag, offers primary evidence of this all-encompassing political act. The trio likens their hijacking of identity to a virus that infects, confuses and contaminates the ideological stability of right-wing propaganda and hardcore ethnic divisions that continue in the fractured wake of the former Yugoslavia. How many Stephen Harpers are there, again?

French art duo Claire Fontaine’s smoke drawing How many comrades (2008), its rallying cry taken from a speech given by political philosopher Franco “Bifo” Berardi in 1976, sets the stage for Toronto architect and activist Adrian Blackwell’s variable sculptural discussion forum Circles Describing Spheres (2014). A program of walking/reading groups led by Blackwell and fellow Scapegoat collective member Marcin Kedzior during the exhibition proposes to activate this sculptural work (which is modelled on the non-hierarchical precepts of the anarchist meeting circle) with texts and discussions that explore “the spatial construction of subjectivity.” In principle, both Claire Fontaine (who also lectured on 1970s Italian Feminism at OCADU as part of the exhibition’s opening day) and Blackwell and company imagine a fine if lofty objective—to reactivate a common understanding of the complex histories and radical thinking behind ideals of individual freedom, public debate and collective empowerment.

There is a nagging qualifier to this ambition. What exactly can these tools of dissent (and this includes other works in the show by Claire Fontaine—a homemade lock-pick keychain and tennis balls stuffed with prison contraband—as well as the purposeful ambiguity of Berlin-based artist Kajsa Dahlberg’s 2006 lesbian-feminist-porn documentary Female Fist) achieve sequestered within the privileged safety of a curatorial model that evokes the New Left and a framework that is clearly institutional? Of course, we’re better off with them than without, there can’t be action with effort, and this is an exhibition at an art school (the walking/reading group is framed in the exhibition catalogue as a “free, peer-led alternative to formal study”).

But for me there’s always the question of who (or how many people) does this work actually engage? And, in turn, what does it ultimately add up to? How can contemporary art like this not only preach to the converted? After all, ideological extremes can exist on both sides of the political spectrum and the rhetoric, which can be just as intimidating and exclusionary, often renders the best intentions invisible to those outside of the discussion. Looking out the gallery window on a busy downtown Toronto street, for instance, it was difficult to imagine how an average passerby would interpret the radical intentions of Blackwell’s reading group or Claire Fontaine’s smoke drawing.

One can argue that this has always been the paradox of contemporary art and its struggle to democratize (or not) meaning beyond the superficial apparatus of art and language. To her credit, Reckitt, who is a sharp and experienced curator and critic, has worked hard to level the playing field of “Getting Rid of Ourselves.” One aspect of this involves giving over parts of the exhibition’s design to the architectural and artist group Kernel, whose fence-like Enclosures (2014) both disrupt and support the spatial flow of the gallery.

And, for Swedish artists Goldin+Senneby’s Passive Liquidity Provider with Claes-Henrik Julander (strategic investor) (2013), Reckitt orchestrated a kind of Ponzi scheme among the exhibition’s artists. On the first day of the show, each handed over their artist-fee payment (and Reckitt, her own curatorial-fee payment) for the duration of the exhibition to Goldin+Senneby to be invested following a unique trading algorithm independently devised by financial strategist Claes-Henrik Julander. A wax-sealed edition of the confidential algorithm is presented in the gallery in a vitrine. At the closing of the exhibition, all profits, or losses, will be paid out to the artists and curator.

Alchemically speaking, you might say that Goldin+Senneby, and Reckitt, are spinning gold out of the elusive matter of financial markets and collegial trust, or, more to the point, creating lasting value from the unknown reaches of the invisible. 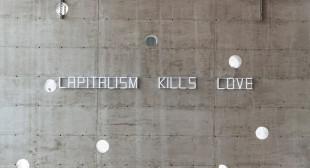 Reviews
Manif d’Art Critiques Capitalism—But To What End?
Capitalism kills love. That’s one way to boil down the sprawling socio-political unrest and polarized ideological drama that has in many ways become the sign of our times. Yet, even while...
Read more 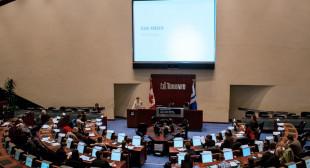 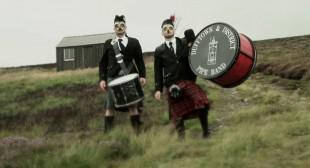 Features
Q&A: Jillian McDonald on Highland Noir
If Jillian McDonald is afraid of the dark, she hides it well. Since 2006, the New York–based Canadian artist has been making performances and films inspired by horror-film archetypes. Whether...
Read more 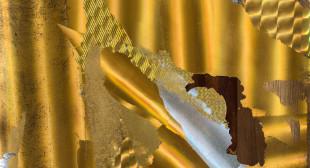 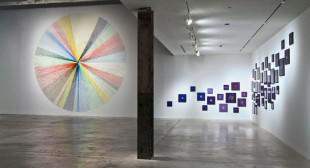 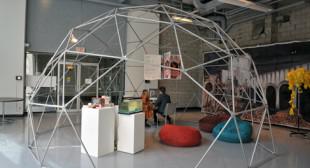 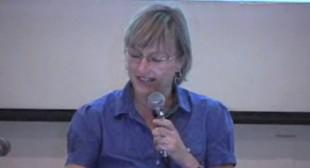 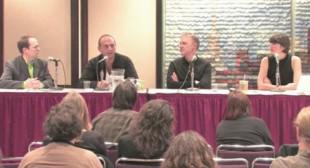 Talks
Power Forum Video: Art Publishing in the Digital Age
As part of Art Toronto 2009, the Power Plant organized a day of panels—titled the Power Forum—that tackled key issues for contemporary art and its audiences. This video documents the Power Forum...
Read more 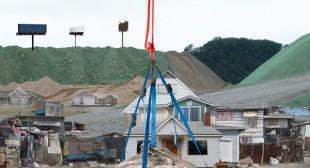 Exhibitions
Falsework
“Falsework”—an exhibition named for the temporary structure used to support a permanent structure during its construction until it becomes self-supporting—features works by Allora &...
Read more

Note: Fields denoted with (*) are required.