I Guess You Had to Be There 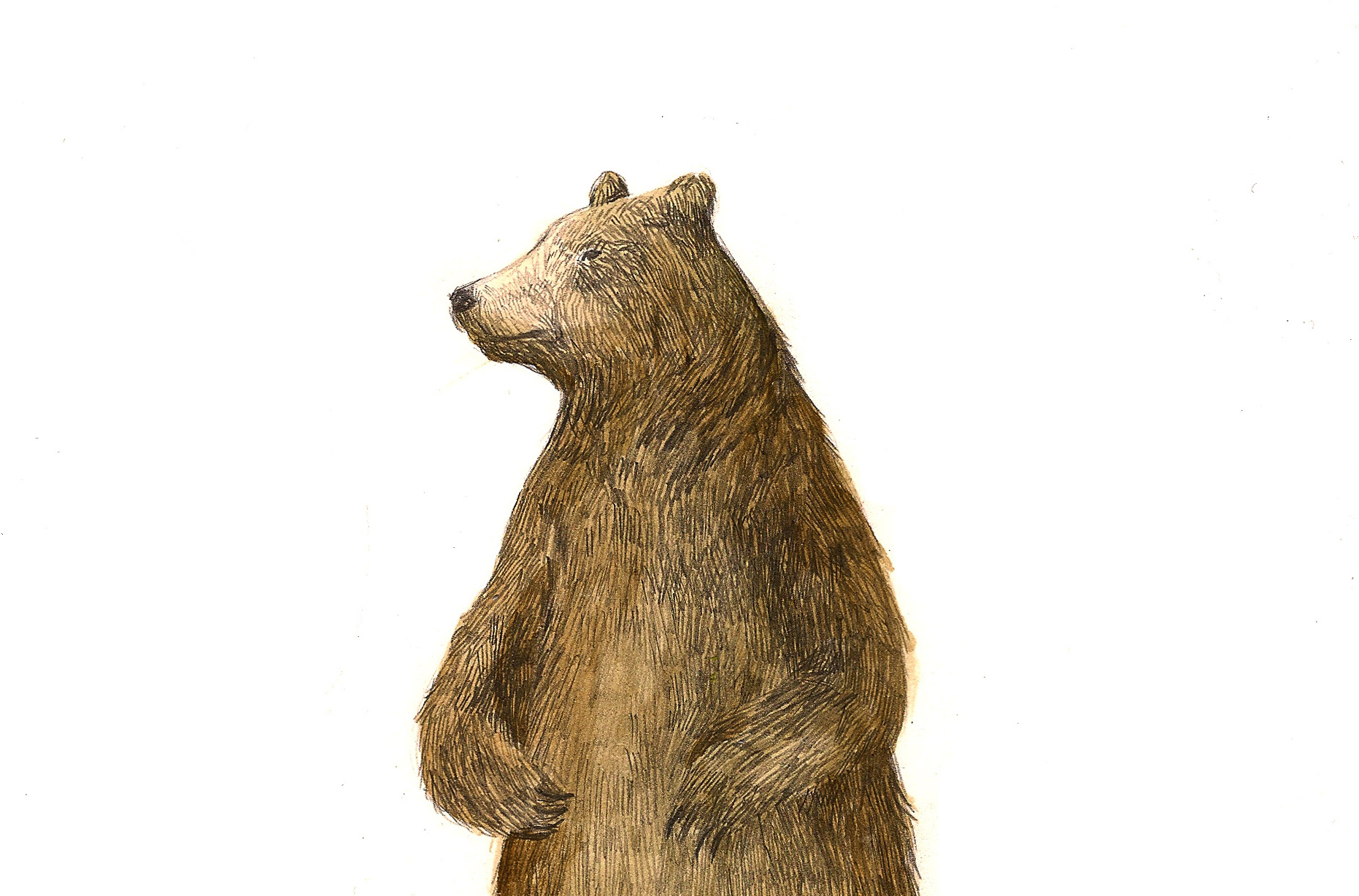 The danger with reading poems in relation to their authors’ biographies is not so much that seeking an ‘original’ version of a poem goes against its very nature as a language construct, often built deliberately to resist such speculative manhandling, but because it implies rather lazily that the ‘poetry of life’ translates inherently into the ‘poetry of poems’. If poems were just poetic life experiences written down nicely, you’d find a lot more about Center Parcs, paintballing and roller coasters.

Poets generally know that more is required of them than Xeroxing their dream-journal, and yet the self-absorbed, anecdotal poem, relying solely on the emotional junk food of shared experience, and true-life-tragedy, is prevalent. Carby, salty dough balls of feeling to fill you up, these poems can quickly garner sympathetic connections, but equally quickly drain out your other ear, precisely because they fail to do little more than describe an emotional experience. However good the poet is at describing, unless the reader is an open valve of empathy and patience, they will always feel as if the poetic event or question – or as poetry scholars like to call it, ‘the whole fucking point’ – has already taken place elsewhere. No one wants to turn up to a poem only to find someone enthusiastically telling you, ‘It was awesome – you should’ve been there!’ Good poems, as far as I can tell, happen precisely because you are there, making them happen with your brain: ‘This is amazing!’

I have nothing against life, as the great Anne Sexton wrote; indeed, I recognize that poetry mainly relies on life’s troughs and wobbles, but writing a poem is an interrogatory act, rather than merely an expressive or anecdotal one, or in other words: your life might need to take place in order for you to write your poems, but your poems should never be merely a record of your life taking place. At some point poetry should seek to connect with the lives of others, and it’s the manner with which you seek those connections, and the depth of them, that is where you should be putting your hours in.

My wariness of poignant experiences probably also arises out of my own failure to recapture ‘a moment’ in poem form – those life-affirming coincidences never came out as significantly on the page; or worse, I realized I’d part-way contrived them – but my favourite cautionary folk tale on the subject of poems is the one told to me by the poet Peter Scupham when I was just starting to write.

It’s a muggy July evening, Old Hall, Burlingham, Norfolk. For two weeks the hot weather has been slowly bringing a storm to the boil. The world is in one of its moods and the wind fusses with the lawn furniture. Any moment now and everything will fall. Peter is reading in the kitchen, and Margaret, who’s been watching things develop outside with concern and excitement, comes in.

‘Peter, the barn door is open. It’s swinging about like mad. I’m worried it’ll come off its hinges.’

Checking the sky before he goes, Peter treads quickly across the lawn to where the barn door is lurching and swinging like the end of a drunk argument. He catches and stops it with his wellington boot and slowly, against the resistance of the gale, brings the door back into place. He quickly pulls the catch across and winds the string around the metal housing for the missing bolt, until the door is fastened. There. Good. That should do it.

As he turns back towards the house, Peter’s eyes are drawn, almost of their own accord, up to its roof: darkly silhouetted against the broody sky, Oberon, their pet peacock, has climbed to the very top of Old Hall, and is perched there like a church weathervane. The bird calls out. It sounds like the word ‘pew’, but stretched into a high-pitched, mewling cry: thin, pained and elemental.

As it calls, a bolt of lightning cracks down in the distance behind him. It is both a trickle and a flash, halving the sky above the house, bisecting Oberon’s silhouette perfectly. There is a one-elephant-two-elephant pause and then the noise of thunder comes rushing across the miles of bald cornfield, reaching Peter, and at that moment the storm breaks. The rain arrives all at once.

In the time it takes to form a question, Peter is soaked. What just happened? There was the peacock in silhouette, its mournful call, the lightning, the thunder, and suddenly the rain … but he has to get under shelter quickly, so he jogs in his heavy wellies back to the house, and, closing the door behind him, his mind still blown, all he can think to himself is, ‘I promise to never put that into a poem.’

So why did Peter make that promise? Because sometimes the experience itself is a poem, and the fact that experiences elapse then elude us, slide into memory, is part of what makes them poetic. If that sounds overly romantic then consider whether trying to recapture a lived experience might actually amount to a kind of writerly arrogance. The weather, the bird, the house, the whole complex and wonderful collaboration of elements, can only be mocked up using ‘terminology’, can only be condescended to, described. Letting an experience be bigger than your ability to comprehend it is part of recognizing what the sublime is.

If a poem should not seek to recount a poetic event, but be a poetic event of its own, then we have to do more than just describe. Description, I hereby declare a little too grandly, is the opposite of poetry. Description is when we try to indicate in language the material existence of something, so that a fish, say, is ‘scaly’, ‘oily’, ‘smelly’, ‘wet’, ‘shiny’, etc. All these descriptive words refer to the material reality of the fish: it has scales that secrete oil, an oil which reflects light, making the fish shiny, but also the oil makes the fish smell fishy, because it is a fish. All this adds up logically. Poetry, on the other hand, begins when you describe the fish in terms of things that do not refer to its material reality: the fish can also be ‘mechanized’, ‘unpopular’, ‘deeply religious’, etc. When you assign qualities further away from the fish’s material reality the reader has work to do; they must participate in overcoming the problem of that distance between the reality and the leap away. This is the logic of metaphor. This is not description.

To return to Peter’s peacock on the roof, to merely relay the details in a poem would be to reduce them to a decorative anecdote. A poem needs to pose questions as much as it describes dramatic elements, then it creates a distance for the reader to travel across: the story becomes just the symbolic starting point for a wider engagement with what the symbols might mean. That’s the hard part – working out what to do with the story, what it is ‘about’ (and I mean ‘about’ in the sense that it also means ‘around’, because the meaning of a poem isn’t a fixed point, it oscillates). No matter how powerful or moving the experience, it might not mean anything beyond that. You have to load it with the potential to be meaningful to somebody else who isn’t you.

I called Peter and Margaret the other day to ask them about the story. Predictably, I’d got it all wrong. Well, most of it. Here’s their version:

‘It was a bitter January night, some twelve years ago, when we drove back to our lonely tumbledown Elizabethan house. We always tried to imagine ourselves driving back and seeing it for the first time, thinking “Do we really live here ?” so as not to lose our sense of its strangeness and unlikeliness. We did, at that time, keep two peacocks, Oberon and Titania. That night the stars were brilliant, and as we drove up we saw Oberon, perched on the chimney of the Granary, carved out of starlight and moonlight. He was quite motionless, and his long train – sometimes loosely referred to as his tail – was spangled and glittering with frost. The whole scene seemed to have been given to us as if we had become participants in a Russian/Indian fairy tale . . .’

No lightning bolt, no storm, no peacock calling out, no swinging gate.

Sometime over the last decade I’ve made all these things up. There’s not even any mention of a promise not to write a poem (though it’s possible there was one) and I’ve rather cruelly written Margaret out of most of my version. In retrospect I think I borrowed the swinging barn door in the storm from another time at Old Hall a couple of years later. I’ve made up the story of Peter’s experience out of an assemblage of my own memories and experiences. But what does this mean for my argument against the anecdote? Especially now we’ve found out it wasn’t an anecdote to begin with!

‘We always tried to imagine ourselves driving back and seeing it for the first time, thinking “Do we really live here?” so as not to lose our sense of its strangeness and unlikeliness.’

Perhaps this is all self-evident and there’s no essay to be had, but the foggy nature of memory, the weird mediation we enact when we apprehend reality, and the fact that that reality changes even as we apprehend it, all points to the idea that you should not trust the seeming proximity between the nature of a poetic experience and the supposed ‘rendering’ of one in a poem. Experiences and poems written about them are as different as a thunderstorm in July and a clear, starlit, frosty night. We are free to draw on anything we like to make our poems, but we should not be too reliant on our material. Often when we think we are being faithful to the poetry of reality, we are usually being unfaithful to the reality of poetry: with its strangeness, its unlikeliness and its offer of new logic.