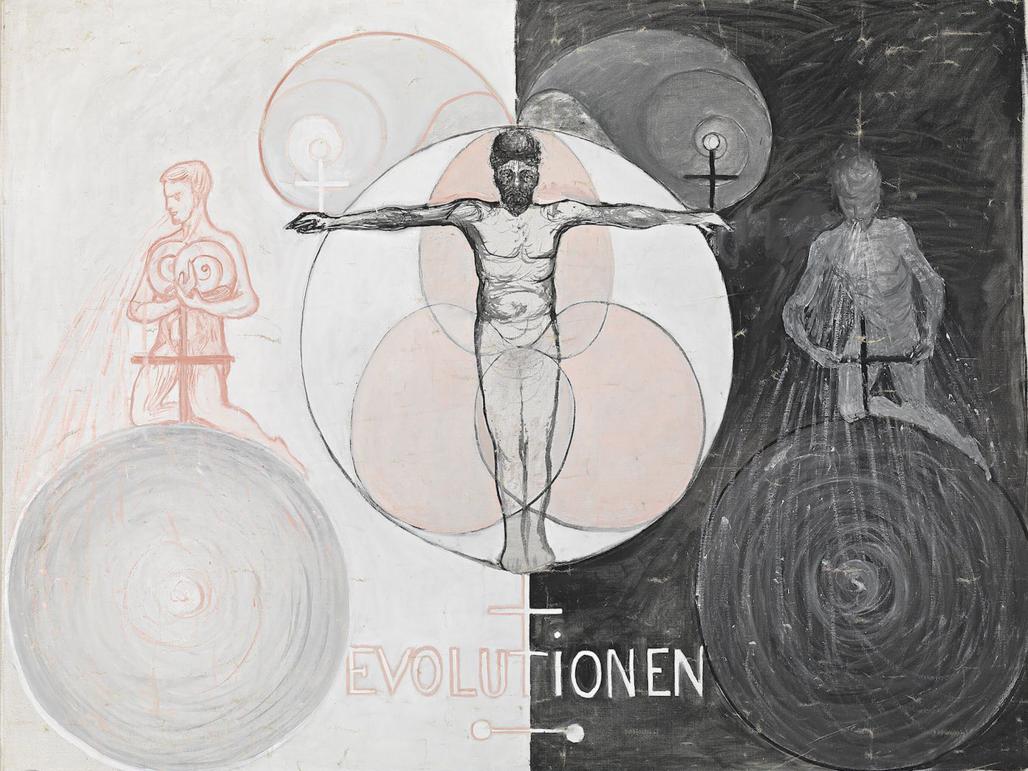 Spores, pearls, snails, flowers, circles, ovals and eggs float in an ecosystem of abstract and biomorphic shapes. Letters and numbers are threaded with calligraphic lines. The colour palette is pink and baby blue with a hot, burnt orange on a bed of lilac. “The Ten Largest” (1907) is a set of paintings by the Swedish artist Hilma af Klint. They are nearly five metres in height and outrageously confident.

Hilma af Klint (1862-1944) studied at the Royal Academy of Fine Arts in Stockholm in the mid-1880s and made a career as a landscape and portrait painter with a sideline in illustrations of plants and animals. So far, so normal. In private, however, she was a spiritualist and a medium with a deep interest in the occult. The abstract paintings that came out of this life-long commitment are on display at the Serpentine Gallery in London. None were ever shown in her lifetime.

It is a vision of a world set in motion by cosmic forces, not mechanistic like cogs, but fluid, driving the whole around and about. There is agency in af Klint’s work, a sense of powering and being empowered. A big blue circle butts up against a big orange one, filling the bottom of the painting, and the Venn space between the two is painted a chlorophyll green that seems to fuel the floaty mass of astral shapes above. Painted in tempera on paper, the colours have a chalky denseness. You might describe them as trippy. But af Klint never comes across as decorative. Her compositions, curlicues and cursive text are always determined. These paintings don’t look remotely like anything else.

The organic forms later gave way to geometric shapes. Around the outbreak of world war one she painted a suite of concentric circles in a series called “The Swan” (1914-15). “No. 16” is a target painted on black. Half of it is red, blue and yellow, and the other half pink and white. Her handling is light, delicate – a sort of soft-edged abstraction. She does things with box shapes that make them appear to the contemporary eye like strands of DNA or an exercise in 3D modelling. “The Swan, No. 23” is an extraordinary work for its time.

Af Klint was a life-long member of a group called De Fem, an all-female spiritualist group that met for séances in which they made contact with beings they called “high masters”. She claimed to paint only what she was directed to through these meetings, a claim that goes firmly against self-expression. Representation of other people’s visions or dreams can be dull, and at worst, af Klint’s compositions are pattern-book spiritualism. “The Altarpieces” (1915) is a leaden and hierarchical trio of images, made up of mandalas, triangles and flaming orbs. These paintings seem closed, but also oddly close to contemporary ecclesiastical art. (Try looking up “modern chasuble” on Google). But they were painted in 1906. A great many of the strategies she used, like automatic writing, working in series, numbering, abstraction and repeating motifs were way in advance of their time. She was a rare thing, a practising artist who chose to keep her radical experimentation private. In all the subsequent discussions around abstraction or spiritualism involving Malevich, Mondrian, Kandinsky and the like, af Klint was never a player and only recently has she entered the early-abstract canon. One reason is that she stipulated her works should remain unseen for 20 years after her death. In the event, they didn’t appear until the 1980s. They look like science fiction.

The taint of spiritualism is tricky to set against the formal brilliance and strangeness of her project. There is nothing fake about these works. She comes across as a serious-minded artist who is trying to work something out, a modernist engaged in a search for new forms on her own terms. “Series 2” is a pictorial attempt to classify the world’s religions. “The Jewish Standpoint at the Birth of Jesus, No 2b” (1920) is simply an exquisite “O”, black on white. Af Klint was concerned with binaries, unities and the healing of divides, and many of her motifs have an emblematic quality. A white dog, a black dog, a white swan, a black swan, crosses and conches: her forms appear like characters in the tarot.

“Primordial Chaos” (1907-6) is her most experimental series: 26 images full of competing energies – starbursts, notations, explosions. It connects with William Blake’s visions of angels. The colour palette is limited: blue for male, yellow for female and green for unity. What each image might mean is less than clear and she spent a deal of energy in her notebooks retrospectively trying to decode her own work. If Hilma af Klint was guided by spirits, they were playful and observant spirits who moved ahead of her, steeped in science and the natural world and open to experience in its numinous and transcendent variety.

Painting the Unseen Serpentine Gallery until May 15th 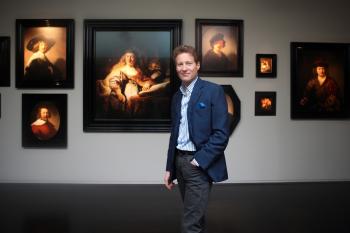 The man with the most Rembrandts

An American billionaire believes that no artists depict our common humanity better than those of the Dutch Golden Age. That’s why he is sending his collection on a world tour 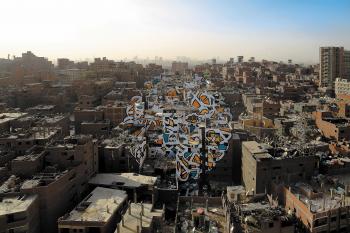 When the ancient Islamic practice of calligraphy and Western graffiti come together, a new art form is born. India Stoughton marvels at the results 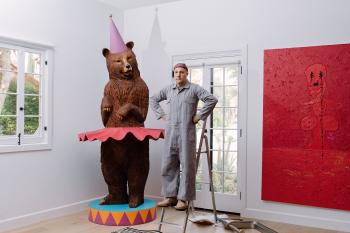 The art market’s new volatility is making fortunes and destroying artists. Richard Davies met Stefan Simchowitz, the dealer accused of creating the turmoil and the most hated man in the business 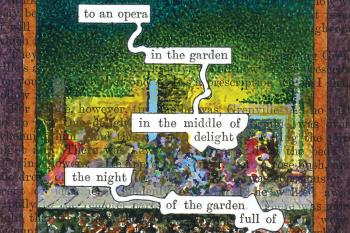 After 50 years, “A Humument” is finished. Matthew Sperling dissects a remarkable artwork